Powerful Pairings: Read-Alouds for Working with the Common Core 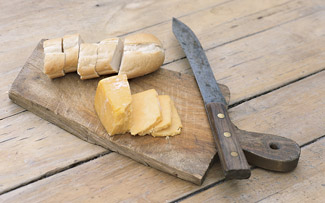 Pairing literature with informational text: Fiction and Non-fiction Companion Texts - (see the standards)
The Common Core challenges teachers to give informational text greater emphasis than most elementary classrooms have in the past.  (Read more about this instructional shift here.) Pairing an informational book with a fictional text that you have chosen to read aloud is one way that you can intentionally introduce more non-fiction.  Decide which book is logical to read first, and then enhance that reading by following up with the other.  Students will soon learn that stories sometimes have facts woven into them so that they are realistic, and that informational texts can help us to learn and discover more about the things we encounter in stories.

Rathmann, Peggy.  Officer Buckle and Gloria.  ISBN: 0-399-22616-8.  Lexile: 510.
Students love this humorous text about a well-meaning police officer dedicated to spreading the word about the importance of safety at all times—at home and in school.  Readers are in on the joke when the pictures reveal that his new police dog Gloria is stealing the show behind Officer Buckle during his ho-hum assembly speeches; suddenly the topic of safety is all the rage.  A television broadcast reveals all, however, and puts a strain on the partnership. When Gloria is unable to deliver safety tips without her buddy and the school suffers its biggest accidents ever, Officer Buckle and Gloria reunite with a new tip—Always stick with your buddy.

Russell, Joan Plummer.  Aero and Officer Mike: Police Partners.  ISBN:  1-56397-931-4  Lexile: 780.
This informative text nicely complements the one above.  Students will enjoy learning of the real-life bond between Officer Mike and his K-9 partner Aero.  Russell has anticipated the many questions students might have about police dogs and briefly covers Aero's training, signals and commands, adaptations for the police car, work and play routines, school visits and petting Aero, and caring for his medical needs.  Children may be surprised to learn that Aero actually lives with Officer Mike and his family.  Many photographs accompany the text and will keep students engaged.

Key Ideas and Details:  Literature Standard 2 - (see the standards)
The pair of titles below speak to the same central message or theme—the dangers of being too self-centered.   Both provide a light-hearted look at the subject and there are lots of opportunities to compare and contrast the two tales as well.

Van Dusen, Chris.  King Hugo’s Huge Ego.  ISBN: 978-0-7636-5004-9.  Lexile: AD 920.
As the title suggests, this is a cautionary tale about a monarch who thought much too highly of himself.  One of his favorite pastimes is to watch his subjects bow down to him along the road, and he reminds them of his magnificence every Friday when he delivers his Speech of Adoration.  A run-in with a peasant girl (who is actually a sorceress) results in a literal swelling of his head each time he says something haughty until he finally receives his comeuppance.  Do not be concerned about the lexile score for this book for middle elementary students.  The text does provide a lot of opportunities to look at some challenging vocabulary, but Van Dusen skillfully puts everything in context—either in the surrounding text or in the outrageously silly illustrations.

Barnett, Mac.  Mustache! ISBN:  978-142311671-4. Lexile: AD 450.
Like Hugo, the central character here is a king who is not especially fit to rule, but considers himself exceedingly handsome.  His kingdom is in a Royal Mess because he prefers to dwell upon his appearance rather than repairing the roads and building playgrounds for the children.  When pressed to do something about the sad state of affairs he promises something in a week’s time.  When he instead unveils a gigantic portrait of himself as a gift to the people, they take matters into their own hands, painting a mustache upon every image of the king they can find.  The consequence of course is that the offenders (everyone!) must be imprisoned.  It is only in his loneliness that the king has a change of heart.  Wacky illustrations, with most of the text appearing in scrolls, add to the fun.

Butterworth, Chris.  See what a Seal Can Do.  ISBN: 978-0-7636-6574-6.  Lexile:  890.
The title of this book offers a hint to students about its main idea and what they can expect to learn.  Butterworth begins and ends the book in the same way—suggesting that if you were to see a gray seal sunbathing on the beach you might think it was a “slow, dozy creature that spends his time lazing around.” He goes on to say that you would be wrong, and then explains how these seemingly awkward creatures perform amazing underwater acrobatics in their daily activities and search for food.  Students will be captivated by the beautiful realistic paintings and the engaging text.

Ryder, Joann.  Panda Kindergarten.  ISBN: 978-0-06-057850-3.  Lexile:  AD 1000.
Like the text above, Ryder's main idea is clearly stated on page one—pandas are “protected, loved, and given great care” at the Wolong Reserve in China.  Ryder couches her information in a context children can understand—school.  Students will be able to turn each page for the details that provide evidence for the care and love pandas receive as they listen to facts about the panda nursery, the playground, nap time, etc.   The photographs of the panda kindergartners will be a surefire hit and aid in comprehension as well.

Fox, Mem.  Night Noises. ISBN:  0-15-200543-9.  Lexile:  430.
Night Noises offers a great example of a text that uses rhythm, alliteration, and repetition to build suspense and add meaning to the story line.  Unbeknownst to the main character Lily Laceby, her family is about to surprise her for her ninetieth birthday.  As she dozes by the fire with her trusty dog, car doors click-clack, feet crinch-crunch, voices murmur-mutter-shhh, knuchles knick-knack-knock, etc.  All the while “Lily Laceby went on dreaming.” Students will be on the edge of their seats as the tension builds and will enjoy going back through the illustrations for clues that perhaps they missed on the first reading.

MacDonald, Margaret Read.  The Old Woman who Lived in a Vinegar Bottle.  ISBN:  0-87483-415-5.  Lexile: 514.
An old woman is never satisfied and  constantly complains, wishing for a bigger and better house. With each complaint she is granted increasingly more elaborate dwellings by a fairy who happens to overhear her.  Unfortunately she fails to thank the fairy and the story concludes with the woman right back in her original vinegar bottle home.  Each visit from the fairy follows the same pattern and students will enjoy joining in on the repeated, rhythmic phrases.

Middle elementary students will move beyond text features such as headings, captions, sidebars, types of print, etc. and step back and look at various text structures. (Read the Teachers First article here for more information about basic text structures.) The pair of titles below both follow a chronological structure, and pair nicely because the content is related as well.

Judge, Lita.  Yellowstone Moran:  Painting the American West.  ISBN: 978-0-670-01132-2.  Lexile: AD 900.
Lita Judge takes us on the journey that began in June of 1871 and ended in March of 1872 with the signing of the bill that created Yellowstone, America's first national park.  Thomas Moran's dreams of painting landscapes unfamiliar to most people were realized when he was able to tag along with a team of scientists headed for the wilderness around the source of the Yellowstone River. Moran's sketches and paintings later convinced Congress and President Grant to protect Yellowstone from mining and development by making it a national park.  Consider creating a simple timeline and making note of roughly when Moran and his party were in the areas on the map which appears on the endpapers.  Students will need to pay attention to transition words and words that indicate the passage of time in order to do this.

Rosenstock, Barb.  The Camping Trip that Changed America: Theodore Roosevelt, John Muir, and our National Parks.  ISBN:  978-0-8037-3710-5.  Lexile: 740.
In March of 1903 President Teddy Roosevelt wrote to conservationist John Muir, requesting a guided camping trip away from the demands of politics and public life.  We learn in this book about the places they went, the stories they told, and the amazing vistas they encountered. As a result of the trip and the discussions Roosevelt had with Muir, the President returned to Washington determined to protect as much of the nation's wilderness as he could.  Roosevelt declared eighteen sites as national monuments, he doubled the number of national parks, and created the first fifty-five bird sanctuaries and game preserves.  Rosenstock's chronology of this historic (and much shorter) trip into the wilderness is not as subtle as the previous title. Students will see dates clearly marked, and could chart the events of each.

Integration of Knowledge and Ideas: Informational Text Standard 9 - (see the standards)
Students need to practice synthesizing information from two different texts about the same topic in order to write or speak about the topic competently.  These two texts complement each other nicely as they are almost complete “flips” of one another.

O’Connor, Jane.  Henri Matisse:  Drawing with Scissors.  ISBN: 0-329-26996-8. Lexile: 549.
O’Connor uses the device of a school report to present information about artist Henri Matisse.  Childlike drawings are interspersed with photographs and reproductions, and the text is written with the voice of a middle elementary student, making the content more accessible and perhaps more appealing to some children.  O’Connor does a complete survey of the life and work of Matisse, going into great detail about his early life and works, his stylistic changes over the years, etc.  His work with scissors is actually only discussed in the last few pages.
Winter, Jeanette.  Henri’s Scissors.  ISBN: 978-1-44246484-1. Lexile:780.

Winter has a talent for distilling down the important parts of her subjects’ lives into just a few pages.  We very quickly learn many of the same things about Matisse’s early life as in the O’Connor book, along with some more specific details that will appeal to children.  Winter’s focus for the majority of the book, however, is the work Matisse did with cut paper in his later years.  Using both books gives children the complete picture;  though many things are the same, drawing from both sources makes for a more interesting presentation or speech.